See our store hours and services

We price match locally to give you the best deals 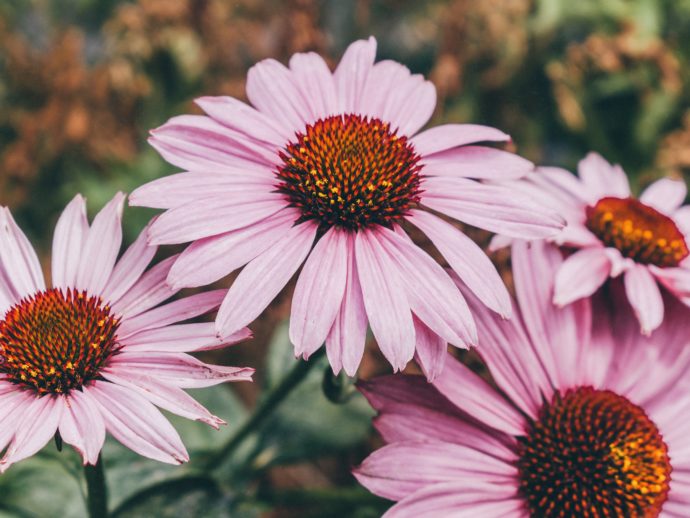 These herbal defenders pack a punch against viruses.

Have you ever wondered how our ancestors fended off dreaded seasonal viruses? Because we’re sure the answer’s probably, “No, I’m too busy wondering how to fend off modern-day seasonal viruses,” we’re delving into the past to bring you 12 historical herbal helpers. As always, check with your health care practitioner before taking any new supplement.

1. Andrographis
Andrographis is derived from a shrub grown in moist, shady areas of India, China, and throughout Southeast Asia and is commonly referred to as Indian echinacea. This popular Ayurvedic and Chinese preventive aid, thought to stimulate the immune system, has been used as a remedy for the common cold, upper respiratory tract infections, flu, and other ailments where fever is a symptom.

Find it at your natural health retailer as extracts, tinctures, capsules, or tablets, or as an ingredient in powder formulations.

2. Astragalus
The dried root of this herb, which has been used extensively in Chinese medicine and Western herbalism, has been shown to boost immune function and reduce inflammation. Its traditional uses include helping to treat the common cold, seasonal allergies, and chronic fatigue.

Find it at your natural health retailer as capsules, liquid extracts, powders, and teas.

Find it at your natural health retailer as tinctures, capsules, and whole roots or powders.

4. Echinacea
A well-known herb for targeting colds, extracts of echinacea have demonstrated a positive effect on the immune system by increasing the number of infection-fighting white blood cells. Echinacea, native to North America, has been widely used by Indigenous Peoples in traditional medicines. In a 2014 review of 24 studies involving more than 4,500 subjects, echinacea was found to help in preventing colds.

Find it at your natural health retailer as extracts, capsules, tablets, and teas.

5. Elderberry
The bark, leaves, flowers, berries, and roots of the elder tree have all been used in traditional medicine. Thought to have anti-inflammatory and antiviral properties, elderberry may help ease congestion by reducing swelling in mucus membranes and may also help reduce cold duration. Elderberry has also shown promise in lab studies for combatting influenza type A and B viruses.

Find it at your natural health retailer as teas, syrups, extracts, lozenges, and capsules.

6. Eleuthero
Eleuthero has been used as a medicinal plant for more than 2,000 years. Known as an adaptogen, this herb is used as a performance enhancer that increases mental alertness and concentration. It also stimulates cellular immunity and provokes T-cell production.

Find it at your natural health retailer as tinctures, roots, root powders, and capsules.

7. Garlic
A member of the Allium family (along with onions and leeks), garlic has been used historically as an elixir to treat the common cold and chest infections. This flavorful food fights infection by increasing natural killer cells, macrophages, and lymphocytes. Compounds in fresh garlic, especially allicin, are antibacterial and may act against viruses too. Preliminary research suggests that garlic supplements might be a potent tool for preventing colds, and that aged garlic extract specifically may reduce the severity of colds and flu.

Find it at your natural health retailer as tablets, capsules, and liquid extracts.

8. Ginger
Ginger can help us with its unique spiciness when we’re down with seasonal viruses. It has been used for centuries to help naturally treat upset stomach, migraines, pain, nausea, and vomiting.

Find it at your natural health retailer as tablets, capsules, liquid extracts, and teas.

9. Marsh mallow
Marsh mallow root’s demulcent (mucus membrane-soothing) qualities have been used for thousands of years, including by ancient Egyptian, Arab, Greek, and Roman cultures. Marsh mallow has been used to help bring relief to dry coughs, bronchial asthma and congestion, and pleurisy (inflammation of the membranes around the lungs). It’s also been used to help soothe digestion and was the “root” of the original marshmallow dessert.

10. Oregano
Oil of oregano has long been used as a remedy for the symptoms of colds, flu, bronchitis, and other respiratory complaints because of its anti-inflammatory, antiviral, and antibacterial properties. To clear lungs and bronchial passages, oregano essential oil can be mixed with a carrier oil (like olive oil) and rubbed on the chest and aching muscles or added to a vaporizer so you can inhale the steam.

Find it at your natural health retailer as pure essential oil (not to be consumed), oil of oregano (intended for consumption), and capsules.

11. Schisandra
This woody vine with clusters of red berries is found in northern China and nearby regions of Russia and Korea and has been used in traditional medicines of those areas since the 16th century. As an antioxidant and antiviral, schisandra may enhance the immune system and promote longevity. Schisandra has also been used to help relieve symptoms of asthma, seasonal allergies, and the common cold.

12. Turmeric
Turmeric comes from the root of Curcuma longa, a flowering plant of the ginger family, and is a spice that has been widely used for more than 4,000 years throughout Asia in cooking, cosmetics, and medicine. Modern research indicates turmeric may be a potent antibacterial, antiviral, antioxidant, antiseptic, anti-inflammatory, and anticancer agent.

Find it at your natural health retailer as turmeric or its main compound curcumin in capsules, liquid formulations, softgels, and gummies.